The Dyson V7 motorhead is the base-line model, but looks just as cool as the more expensive models, and has the same powerhead design that cleans carpets better than the competing cordless vacuum cleaners. It’s almost half the cost of the newer V10 model, with the main difference being the battery life is 30 minutes rather than the 1 hour of battery life the V10 claims.

Find the Dyson V7 Motorhead Canada from these retailers:

After searching through countless sites trying to determine the best cordless vacuum available in Canada, the Dyson V7 Motorhead was the stick vacuum that my family ultimately decided to buy. For us, it was the perfect balance of features, reliability and durability from the Dyson brand, and also at a reasonable cost.

Our only regret is that the Dyson v7 Motorhead cordless vacuum doesn’t come with a hard floor cleaning head, like the V8 absolute does. A little bit of research online turns up that you can buy a brand new, Dyson soft roller head for about $100. Even with that extra cost, it would still be $100-$200 cheaper than the V8 Absolute that comes with the hardwood floor cleaning head. It might be an option to consider if you are trying to keep costs down, and a V7 motorhead stick vacuum has all of the features you need, and all of the battery life desired.

Helpful Habitat ranked it as the #3 on their list claiming it was the 'Great choice, if not bound by a budget' in their product review. [August 2019]
They really like the Dyson V8, which is the successor to the V7 cordless vacuum Canada, but for the price, they like the Tineco A10. Plus, their complaint about the Dyson is you need to hold a switch on as long as you are vacuuming, rather than just a switch that is turned on or off.

WireCutter ranked it as the #1 on their list claiming it was the 'Our Pick' in their product review. [July 2019]
The thicker the rug, the greater the Dyson's advantage over the competition

After owning the V7 cordless vacuum for just over a year, the battery started malfunctioning. Sometimes, right after taking the vacuum out of the charging dock, the light would flash and you couldn’t do any vacuuming, and then the next day it would work ok again.

I was starting to wonder if there was a problem with the charging dock, or the way my kids were putting the V7 into the charging dock. However, after another few weeks of on-and-off functionality, the battery will no longer hold any charge, or allow any vacuuming.

Sadly, this is typical of many Dyson vacuums. After digging up some details, there is a lengthy discussion on an electronics board about replacing the 18650 lithium-ion cells inside the battery pack. As it turns out, the Dyson V7 Motorhead is built high-quality through and through.

Inside the battery pack is high quality construction connecting the batteries with thick nickel strips. In addition, there is some sort of failsafe in the firmware that once a fault is registered, even replacing the cells doesn’t render the pack usable. So, we’re off to get a replacement battery pack.

We’re really happy with the Dyson V7 motorhead vacuum, except for the battery issue. If we could change something, we would’ve gone with the Dyson V8 Absolute because it comes with a second roller head that would work better for picking up chunks on a hard floor. 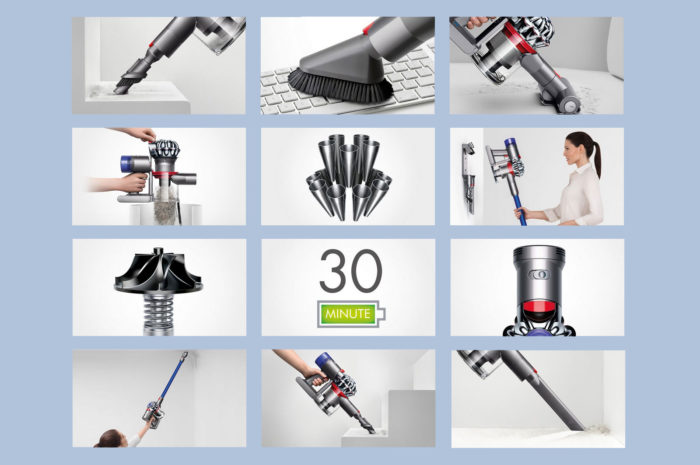 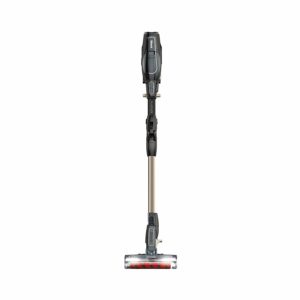